During the last lockdown, artist Pradeep Naik painted a series of abstracts, employing shades of green and blue.When I arrived in Mandrem, a small village in Pernem taluka in North Goa, I was overwhelmed by the green fields and blue sky. For me, this visual offered an immediate entry into Naik’s painting. Later, he told me that the lockdown made him realise the luxury of sight, one of the privileges of village life.

Mandrem, a quietly scenic village, was always well known for its skilled masons. Naik’s father was also once a mason. The village is also well known for its Ganesha idol makers. Artists Kalidas Mhamal and Bhisaji Gadekar remember how they used to watch these idols being made — their first and only exposure to art while growing up. Mandrem was also home to some fine portrait artists, who painted theatre sets and big hoardings.

But perhaps this little village’s biggest claim to fame is the cohort of Goa’s most noted contemporary artists it has produced, including Naik, Shilpa Mayenkar Naik, Kalidas Mhamal, Kedar Dhondu, and Bhisaji Gadekar. Dhondu’s Lonely Residents project, which garnered a lot of attention during the last lockdown, is currently being shown at a group exhibition at Sunaparanta Goa Centre for the Arts, alongside several major Indian and international artists. Gadekar was recognised with the FICA Emerging Artist Award in 2020. Mhamal’s Caste Thread, an installation displayed at the Museum of Goa, is in renewed circulation owing to ongoing conversations about caste in the art ecosystem. These artists, who have found acclaim and recognition, trace the genesis of their art to Mandrem, where they continue to live and work.

The artists in Mandrem

Pradeep Naik was the first artist from this group to receive a formal art education at the Goa College of Art, after which he went to Hyderabad for further studies. His canvases assimilate abandoned objects, architectural features of Goan homes, and frescoes from churches and temples among other motifs. He explains, “In a village like ours there was no art education. If not for my art teacher in school, Gajanan Naik, I wouldn’t have even known about art college. After I returned from Hyderabad, I started organising my own exhibitions in Goa. Renowned artist Subodh Kerkar also helped me. Gradually, buyers began to travel to Mandrem to buy my paintings.”

Over the years, Naik also played a key role in setting up the Goa Artist Collective, which works to promote and showcase artists from Goa through exhibitions, workshops and discussions. His house in Mandrem is the focal point where artists meet, interact and plan for the future. Naik also supports a range of initiatives by younger artists, sometimes even offering financial aid. 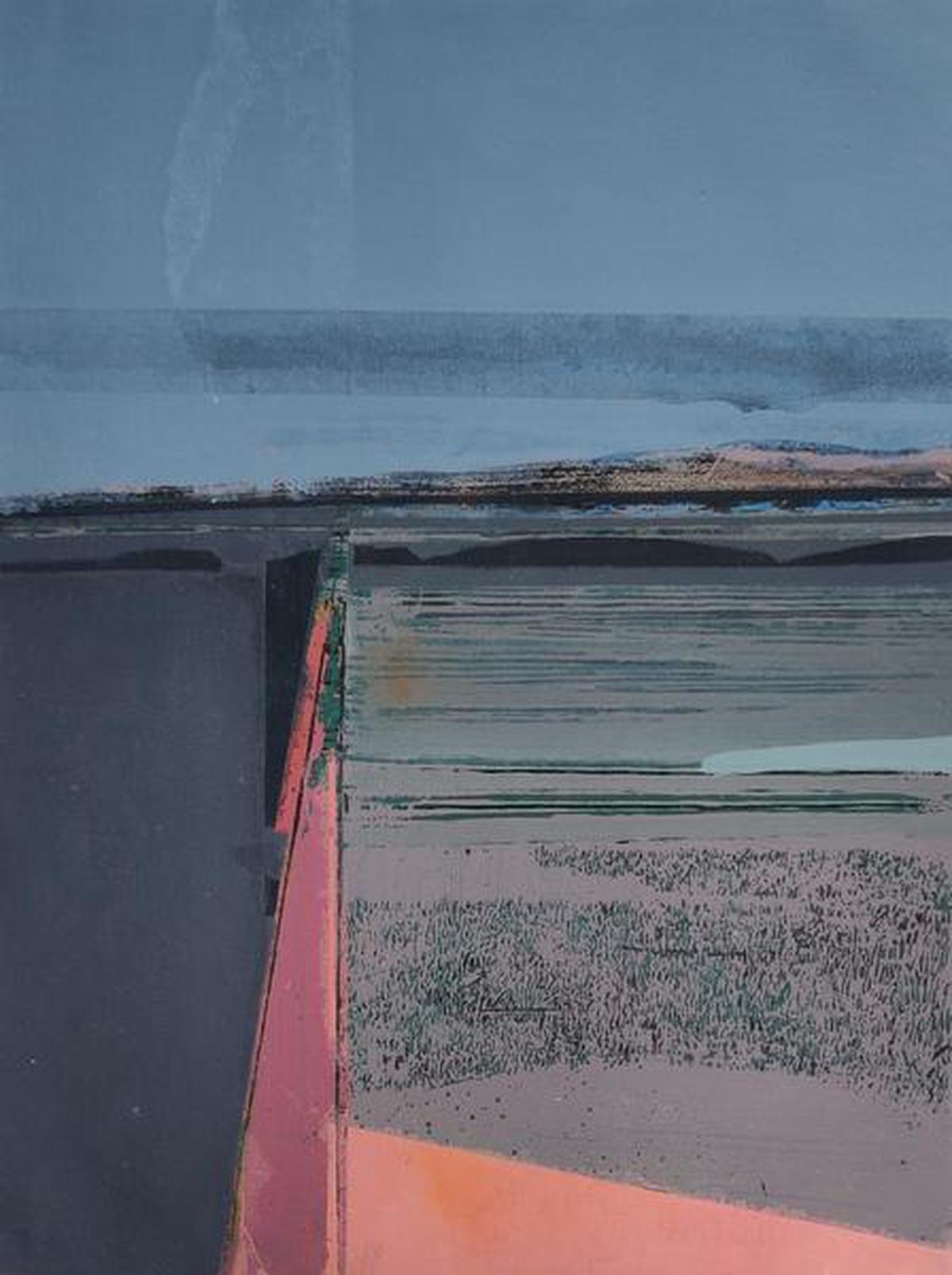 Although they’re all from the same village, these artists mostly met through exhibitions. Mhamal thinks it helped to have a role model in Naik. He says, “I realised that it was possible to continue living in the village, practise art and make a living as well. The myth of the city as a prerequisite for success was broken.” He has started teaching art in the village, and one of his students has now qualified for the Goa College of Art. Recently, Mhamal also participated in an exhibition at a local café where his work and those of others from Mandrem was displayed. Some of his students from the village visited the exhibition with their families, perhaps their first time at an art exhibition.

A permanent silence, interrupted now and then by chirping birds, hangs over Gadekar’s studio, Chitrashala, nestled amid tall trees. Gadekar studied sculpture at Shantiniketan after attending the Goa College of Art, and is also a performance artist, a practice through which he acknowledges his family history. For a performance at the Goa Arts Festival, his father, a tailor, stitched his costume, while his mother helped drape a sari on stage. He says, “Farming is part of my family history. Mandrem’s soil has a very interesting quality, and people come here to collect it for sculpture. I feel privileged to have direct access to this soil.” Like Mhamal, Gadekar also feels that his location is no longer a disadvantage, but rather an enabler to transport local stories and practices into his art.

Shilpa Mayenkar Naik arrived in Mandrem after her marriage to Pradeep Naik. She believes her practice acquired a special dimension after moving to Mandrem, where she set up her own home. Her paintings feature an army of tiny ants and insects that can easily be spotted in any home in the village. She explains, “I paint ordinary, mundane objects that surround my life here. Many of my drawings have local flowers, vegetables, seeds. While the ants may seem negligible to others, they demand to show up on my canvas. I cannot ignore them because I see them everywhere.” When Kedar Dhondu started painting, his subjects were his parents, who worked in the fields of Mandrem. His recent paintings highlight the oppressive aspects of village life such as land grabbing and unfair practices of landlords. He is also engaged in a legal battle over a plot of land. These experiences lent a new lens for him to examine the village. He says, “I want to display these paintings in the village because I believe in site specificity. It will lead to community engagement when people see their concerns raised through art. They will realise that art can be about their lives and struggles.”

The artists have several plans to organise exhibitions and art camps, not just in Mandrem but in other Goan villages as well. Most of them have eschewed the usual gallery route, with their work finding an audience primarily through their own efforts. Pradeep Naik says, “In the past year, droves of people have relocated to villages in Goa. The city has come to the village. Similarly, art establishments are aware of our existence. They can reach us if they want to. We will be here.”

The writer is a culture critic who teaches literary & cultural studies at FLAME University, Pune.

You may have missed